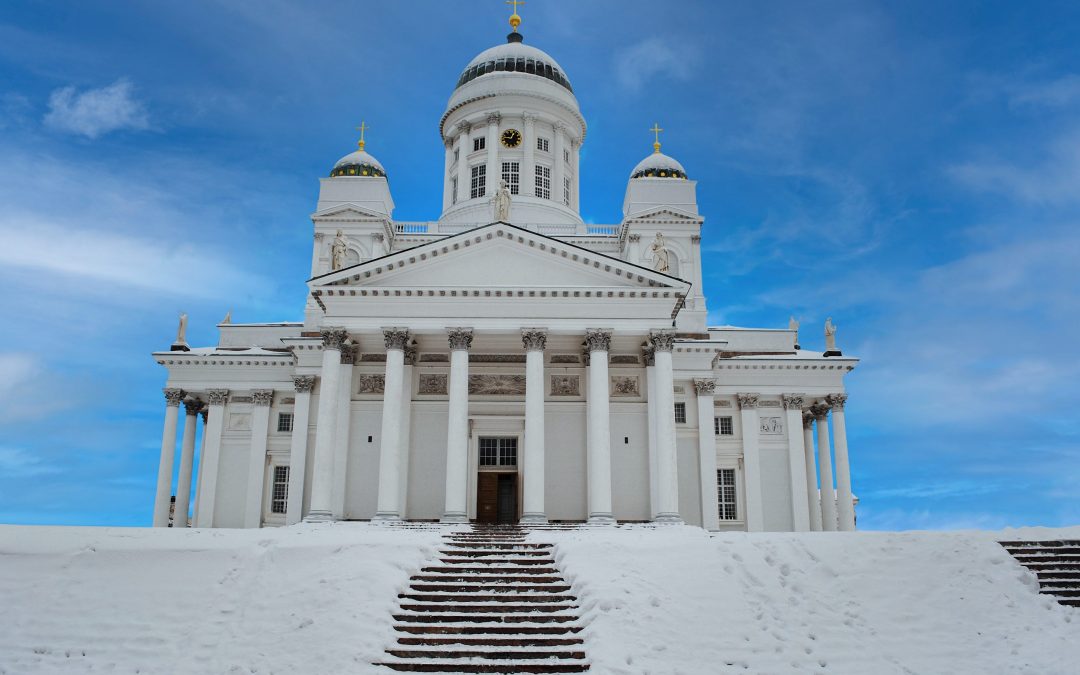 My travel photography all started in Helsinki, Helsinki is the capital of Finland, it is a very compact city and easy to explore on foot but it still has 47 hotels.

I arrived in November and the weather was good but in December Helsinki saw the worst winter in twenty years, unlike the UK nothing stopped, there was a coach run by Finnair that went from the train station to the Airport, it never failed to run.

Helsinki has two outstanding cathedrals, the Evangelical Lutheran cathedral to admire its stunning architecture in Senate Square and Uspenski Cathedral is the main cathedral of the Finnish Orthodox Church in the diocese of Helsinki, and it is claimed to be the largest Orthodox church in Western Europe.

Each Christmas Helsinki has a Xmas market with over 180 stalls, its the best Christmas market I have ever seen, my photograph of the blizzard at Christmas time taken from the Helsinki Christmas Fair.

When it came time to return to the UK, the snow was so bad, British Airways stopped flying to Helsinki, so had to switch to Finnair I got home two days before Christmas.